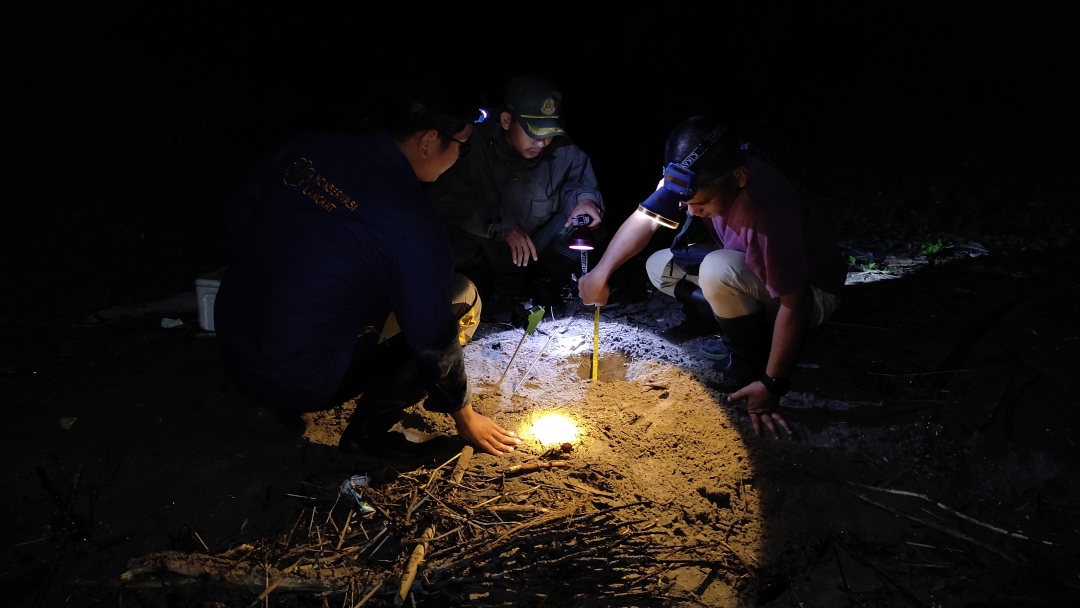 Painted terrapin (Batagur borneoensis) is one the World’s Most Endangered Freshwater Turtles and Tortoises according Turtle Consevation Coalition (2011). In Sumatera, according to some reports and field observations by Joko Guntoro (also founder of Satucita Foundation) , the remain of wild populations are only found in North Sumatera and Aceh, while in Kalimantan occurs in East Kallimantan.

The sharp decline of Painted terrapin, particularly from 80s to 90s, is caused by unsustainable egg harvesting by fishermen, hunting of adult to supply consumption market demand, accidental death by fishing gears. Currently, the hunting for adult is almost never happened. However, the practice of unsustainable (and illegal) egg harvesting is still practiced by some fishermen. They do that is not to seek the economic profit as what business do, but to seek additional income for their family and source of protein.

The wild population of Painted terrapin in Karang Gading Langkat Timur Wildlife Reserves perhaps is the last stronghold for population in North Sumatera. The population is small. It can be indicated by the number of nest found by team of Satucita and BBKSDA (Big Agency of Conservation of Natural Resources) North Sumatera in 2019. The team was only successfully found 19 eggs of two nest for one month on the beach. Nevertheless, a nest patrol activity to save Painted terrapin eggs in this wildlife reserves is important to “produce” stock and founder for long term captive breeding to recover wil population.

Therefore,  Staff of Satucita works together with staff of BBKSDA North Sumatera and community group in village Jaring Halus, called IPANJAR, conducted nest patrol to save and hatch the eggs from December 2020 to April 20201. We successfully saved 78 eggs of five nests. Three nests are handed over to us by villagers, this can be an indication of their voluntary support. Two another nests are found by our team directly.

The nests of Painted terrapin are found on two beaches, same locations where our team focussed nest patrol activity. These two nesting sites are separated by estuary and can be reached only by wooden machine boat and will take about one hour. Therefore, we divide our nest patrol team here to be two team. Every team is responsible to check the tracks and nest on the beach. However, due to the nesting sites has high vegetation density, small area, it brought challenges to our team. Moreover, heavy raining is also bring challenges to our team.

Of total number of eggs incubated, 48 egss of four nests were successfully hatched, while one nest was failed due to not fertile. Currently, the offspring are kept in bucket filled with water, before transferred to raising pool located in wildlife reserves that managed by BBKSDA North Sumatera. These offspring will be stock and as founders for long term captive breeding.

The Foundation would like to thanks to ASAP, Houston Zoo and Turtle Survival Alliance who make our nest patrol in Langkat is possible.

If you or your organization are interested to be involved or reached by our initiative, please do not hesitate to contact us.