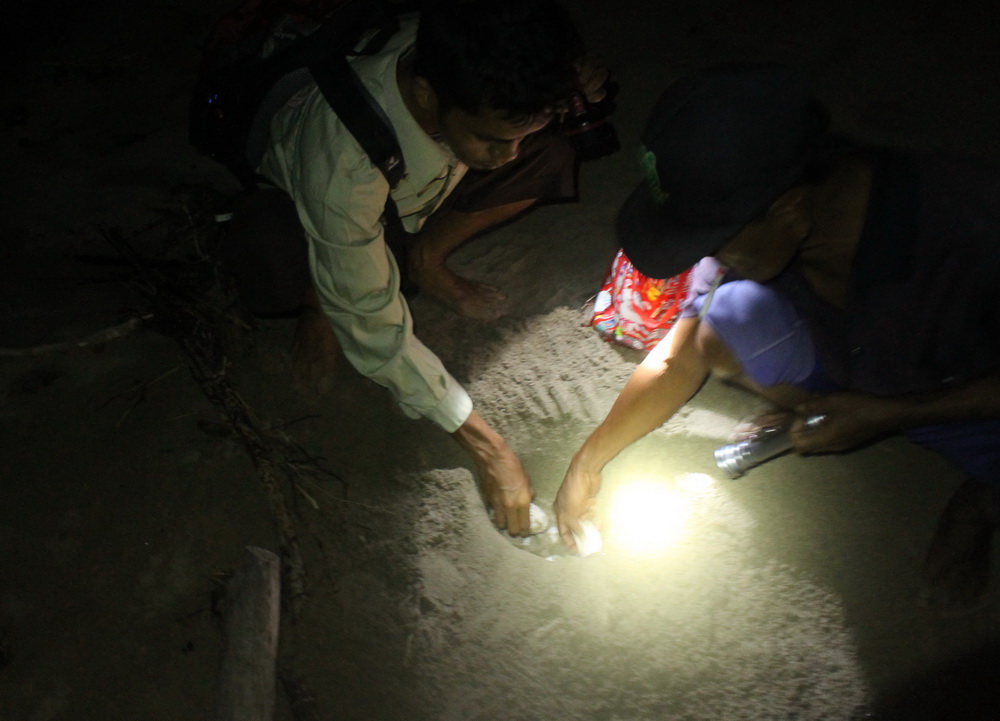 The last nesting patrol to secure the survival of Painted terrapin successfully secured 328 eggs of 20 nests. The nesting patrol have been carried out from November 2013 to January 2014 at main nesting beaches in Seruway Mangrove Forest, Aceh Tamiang District, Indonesia.

The nests were found on two main nesting beaches, there are Pusong Cium and Pusong Putus. Pusong Putus has about 2,5 km in length to be patrolled, meanwhile Pusong Cium only about 1 km. The patrol were conducted three times every night, about 09.00 pm to 04.30 am. During patrol, some females were sighted and observed by our team. But, in some, our team only found the nests.

Recently, the eggs are incubated to hatch in our basic headstarting facility. Hopefully, the eggs will start to hatch on the end of February until April. Based on previous years, the eggs will hatch after 72 to 115 days. After hatched, the offspring will be raised about six months, then released into habitat to increase wild population of this critically endangered species.